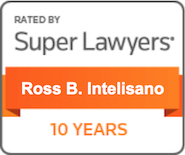 Ross has over two decades of experience trying large and complex financial fraud cases on behalf of investors worldwide, including winning the largest arbitration award ever against Goldman Sachs. His clients include high net worth individuals, family offices, hedge funds, funds of funds, endowments, non-profits and other institutions in claims against brokerage firms, investment and private banks, investment advisors, hedge funds and other financial companies.

Ross is presently a member of the prestigious FINRA National Arbitration and Mediation Committee (NAMC) which makes recommendations to FINRA regarding rules, regulations and procedures that govern the conduct of arbitration, mediation, and other dispute resolution matters.

Within the Wall Street employment sphere, Ross has represented CEO’s and other C-Suite executives, traders, salespersons, investment bankers, hedge fund and private equity executives, and scores of high end financial advisors and large broker teams in transitions amongst firms, disputes with employers and issues with regulators.

New York Super Lawyers, a publication of The New York Times Magazine, has named Ross as one of New York’s top Securities Litigation attorneys every year since 2010.

Ross was a featured interviewee in the PBS Frontline documentary, The Madoff Affair, the seminal film about Bernard Madoff.

Ross and his team have won some of the largest securities arbitration awards ever recorded, including the largest arbitration award ever rendered against Goldman Sachs. It was a $21 million FINRA arbitration award on behalf of the Creditors’ Committee of the Bayou Hedge Fund run by convicted fraudster Sam Israel. The 18-day hearing generated a 100% recovery of the compensatory damages requested. The award was confirmed by Judge Rakoff of the SDNY and upheld on appeal by the Second Circuit.

Ross and his partner John Rich were also co-trial counsel in the Engel, et al. v. Refco commodities Ponzi scheme case at the National Futures Association (NFA). The 100-day group arbitration on behalf of 13 individuals and family run businesses generated a $43 million award in 2001, which at the time was the largest collected arbitration award ever rendered on behalf of public customers against a brokerage firm.

In 2016, Ross and his team won $10 million in damages for an upstate New York family and defeated a $6 million counterclaim related to a customer debit in a FINRA arbitration award against a clearing firm for its actions related to an RIA. The Montfort v. CL King award after 44 days of arbitration hearings was confirmed in court and paid.

In December 2009, Ross and his team won a $3.4 million arbitration award on behalf of Racetrac Petroleum (the 31st largest private company in the US) against Bear Stearns related to the High Grade Structured Credit Strategies hedge funds which blew up in July 2007 and was the first major sign of the financial crisis. It was the first and only victory by any High Grade investor and was rendered after the criminal acquittals of portfolio managers Ralph Cioffi and Matthew Tannin. Ross and team later resolved a group arbitration on behalf of 13 investors from around the world who had lost over $40 million in the funds.

Ross and the Firm resolved a $15 million dispute on behalf of a fuel and heating oil company against MF Global related to the purchase of OTC derivatives, including swaps and options, pursuant to an ISDA agreement. The case was litigated in court in New York as well as in two FINRA arbitrations.

Ross successfully represented numerous investors in group claims against investment advisors and banks for failing to do proper due diligence in their recommendation of Bernard Madoff-related feeder funds. He also represented many investors in substantial arbitrations against Citigroup related to the ASTA/MAT and Falcon hedge funds which all settled.

Ross and the Firm have successfully negotiated scores of employee transitions within the securities industry. When issues cannot be fairly resolved, he and his team have tried and won numerous multi-million dollar awards and settlements for employees against financial firms.

In 2019, Ross and his team won two separate $3 million FINRA awards in cases in Atlanta against Credit Suisse on behalf of former Relationship Managers (what CS calls their brokers) for failing to pay them earned deferred compensation and bonuses. One of them, the Firstman v. CS case, was heard over 16 days of arbitration hearings and the award included interest, attorneys’ fees and costs.

Also, in 2019, Ross won a $1 million FINRA arbitration award against Cantor Fitzgerald on behalf of Jim Smyth, a former senior employee for unpaid bonuses and partnership units. The award included interest, attorneys’ fees and costs. The Firm has multiple pending matters against Cantor.

Ross and his team won a $2.8 million FINRA arbitration award on behalf of renowned recruiter Jeff Bischoff against UBS for failure to pay owed compensation. The award was much greater than the compensatory damages requested.

Ross, John Rich and Dan Katz formed Rich, Intelisano & Katz, LLP in 2011. Ross and John were partners in Rich & Intelisano, LLP from 2003 through 2011. From 2001 to 2003, Ross was of counsel to Dan’s prior firm Bauman, Katz & Grill, LLP, where he headed the firm’s securities and employment arbitration and litigation practice. Prior to that, Ross was an associate at Eppenstein and Eppenstein where, along with John, he represented high net worth individuals in large and complex securities and commodities arbitrations. Ross began practicing securities and employment law with Dan at Pressman & Associates.

Ross received a B.A. in International Business from Lehigh University in 1991 and his JD from Brooklyn Law School in 1994. He was admitted to the New York State Bar in 1995, the U.S. District Court, Southern District of New York and Eastern District of New York in 1998, and the Second Circuit Court of Appeals in 2011. He is a member of PIABA (Public Investors Advocate Bar Association).

Ross has been published by The Op Ed page of the New York Times for his essay Ending the 212 Clique.

He wrote an essay in Worn Stories, Emily Spivack’s New York Times Best Seller of clothing-inspired narratives which is being turned into a TV series. http://wornstories.com/the-book/

Ross grew up in Rockaway Beach, Queens, and presently lives in Brooklyn with his wife Stacey Reiss, a film producer, and their two sons.

Know When to Hold Them, Know When to Show Them: A Practicum on the Use of Experts and Their Examination, PLI Securities Arbitration 2018, September 26, 2018