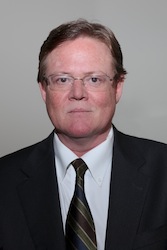 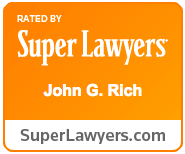 John G. Rich is a partner of Rich, Intelisano & Katz, LLP, an internationally recognized New York law firm that focuses on complex, highly sophisticated litigation and arbitration, and related advisory and transactional services. Mr. Rich represents individual and institutional investors in securities arbitration and litigation against financial firms. He also represents OTC derivatives and commodities investors, as well as employees in industry disputes and self-regulatory organization investigations. He has been practicing securities and commercial litigation law in New York for over 29 years.

Mr. Rich has extensive experience in large and complex financial fraud cases on behalf of investors worldwide. He and his partner Ross B. Intelisano have won two of the nine largest customer arbitration awards ever rendered against Wall Street firms. His clients have included ultra high net worth and high net worth individuals, family offices, hedge funds, funds of funds, endowments, non-profits and other institutions in claims against brokerage firms, investment and private banks, investment advisors, hedge funds and other financial companies.

In June 2010, Mr. Rich, Mr. Intelisano and their firm won the Bayou v. Goldman Sachs Execution & Clearing case: a $20.6 million FINRA arbitration award against Goldman Sachs related to the Bayou hedge fund fraud. The 18-day hearing generated a 100% recovery of the compensatory damages requested. It is the largest arbitration award ever rendered against Goldman, the second largest hedge fund-related customer arbitration award, and the ninth largest customer arbitration award of any kind against a Wall Street firm. The award is also the first win in any court or arbitration forum by investors against a clearing or prime broker related to a hedge fund Ponzi scheme based upon fraudulent transfer theories. The award was confirmed by Judge Rakoff of the SDNY in November 2010 and is currently on appeal to the Second Circuit.

In December 2009, Mr. Rich, Mr. Intelisano and his firm won a $3.4 million arbitration award against Bear Stearns related to the High Grade Structured Credit Strategies hedge funds which blew up in July 2007. It is the first and only reported victory by any High Grade investor and the award was rendered after the criminal acquittals of portfolio managers Ralph Cioffi and Matthew Tannin.

Mr. Rich presently represents a family office in a $383 million FINRA arbitration claim in New York against Citigroup Global Markets Inc. related to Citigroup’s misconduct with respect to the structuring, monitoring and handling of hedge fund and private equity portfolios, and the improper recommendation and implementation of a leveraged option swap transaction and a lender protected unit trust.

Mr. Rich handled a $15 million dispute on behalf of a fuel and heating oil company against an international broker dealer related to the purchase of OTC derivatives, including swaps and options, pursuant to an ISDA agreement. The case was litigated in court in New York as well as in two FINRA arbitrations.

Mr. Rich and Mr. Intelisano pioneered the practice of representing groups of individuals and institutions in customer arbitrations related to hedge fund fraud. In 2011, Mr. Rich represented 13 investors from around the world who had lost over $40 million in a group arbitration related to the Bear Stearns High Grade Funds.

Starting in 2005, Mr. Rich and Mr. Intelisano represented investors who lost over $25 million in the $250 million Bayou hedge fund Ponzi scheme run by convicted fraudster Sam Israel. In 2007, the Firm settled a multi-million dollar group arbitration at the American Arbitration Association (AAA) related to Bayou versus a registered investment advisor for failing to do proper due diligence.

Mr. Rich and his partner Mr. Intelisano were co-trial counsel in the Engel, et al. v. Refco commodities Ponzi scheme case at the National Futures Association (NFA). The 100-day group arbitration on behalf of 13 individuals and family run businesses generated a $43 million award in 2001. It remains the third largest collected arbitration award ever rendered on behalf of public customers against a brokerage firm.

Mr. Rich was co-counsel representing a large investor in connection with a $40 million court proceeding against Frank Gruttadaria, Lehman Brothers and S.G. Cowen, arising from a massive securities fraud perpetrated by Gruttadaria which came to light in 2001.

Mr. Rich and Mr. Intelisano formed Rich & Intelisano, LLP, the predecessor of Rich, Intelisano & Katz, in 2003. Daniel E. Katz joined the firm in 2011. Mr. Rich began practicing securities and general commercial litigation at Davis Polk & Wardwell in 1982, and was in private litigation practice from 1990 to 1995. From 1995 to August 2003, when Rich & Intelisano, LLP was formed, Mr. Rich was of counsel to the law firm of Eppenstein and Eppenstein, where he tried multi-million dollar securities and commodities arbitrations.