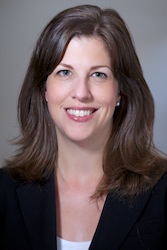 In June 2010, Ms. Sammarco was part of the team at Rich & Intelisano, LLP that won the Bayou v. Goldman Sachs Execution & Clearing case: a $20.6 million FINRA arbitration award against Goldman Sachs related to the Bayou hedge fund fraud. The 18-day hearing generated a 100% recovery of the compensatory damages requested. It is the largest arbitration award ever rendered against Goldman, the second largest hedge fund-related customer arbitration award, and the ninth largest customer arbitration award of any kind against a Wall Street firm. The award is also the first win in any court or arbitration forum by investors against a clearing or prime broker related to a hedge fund Ponzi scheme based upon fraudulent transfer theories. The award was confirmed by Judge Rakoff of the SDNY in November 2010 and is currently on appeal to the Second Circuit.

Immediately prior to joining Rich & Intelisano, LLP, Ms. Sammarco was a sole practitioner with an office in Warwick, New York, practicing in the areas of securities arbitration, employment law, commercial litigation and residential real estate.

Ms. Sammarco began her law career in 1998 with the firm of Pressman & Associates, in New York, New York, where she represented investors as well as broker-dealers in NASD and NYSE securities arbitration proceedings. While at Pressman & Associates, Ms. Sammarco also represented individuals in employment-related matters, and individuals and businesses in commercial and civil litigation matters.

Ms. Sammarco was born in Liberty, New York. She received a B.A. in Politics, Philosophy and Law from Binghamton University in 1994. In 1998, she received her law degree from Brooklyn Law School, where she was a member of the Brooklyn Law Review. She was admitted to the New York State Bar in 1999.