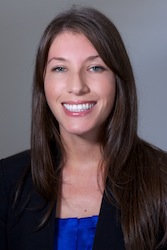 Trista W. McConnell serves as an Associate at Rich, Intelisano & Katz, LLP, where she has broad-based experience in diverse and complex commercial litigation and construction law in state and federal courts, as well as various New York City agencies.

Bar of the State of New York

Association of the Bar of the City of New York

Board of Lydia Johnson Dance