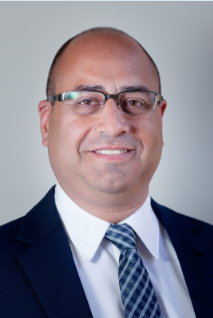 Before entering private practice, he was an Assistant Corporation Counsel for the New York City Law Department, Commercial and Real Estate Litigation Division, where he represented and advised institutional and municipal clients on capital project litigation and administrative policy.

In a decision published by the New York Law Journal as the “Decision of the Day,” successfully advocated for the novel expansion of the doctrine of equitable subrogation to the owner and developer of a condominium and golf course regarding the payment rights of a municipality under a payment and performance bond given to the municipality by a subcontractor-excavator. Hamlet at Willow Creek Dev. Co., LLC v. North East Land Dev. Corp., 64 A.D.3d 85, 878 N.Y.S.2d 97 (2d Dept. 2009);

Successfully obtained the dismissal and affirmance on appeal in the Appellate Division, First Department, of a complaint demanding the return of a contract downpayment, and seeking damages for misconduct against the escrow agent, pursuant to the terms of the contracted mortgage contingency clause and conditional right to cancel. Shi v. Alexandratos, 137 A.D.3d 451, 26 N.Y.S.3d 523 (1st Dept. 2016);

Advocated for the reversal of an order confirming a referee’s report and granting a deficiency judgment against a commercial mortgagor in a foreclosure action where the mortgagee failed to establish, prima facie, the market value of the property at the time of the auction sale. N.Y. Commercial Bank v. 18 RVC, LLC, 134 A.D.3d 787, 20 N.Y.S.3d 633 (2d Dept. 2015);

Obtained the dismissal and affirmance on appeal of an action seeking specific performance of a commercial real estate contract and granting the vacatur of a Notice of Pendency on the grounds that the purchaser failed to appear for the closing on the stipulated law day, and a proposed modification extending the time to close title had not been finalized or agreed to by the buyer and seller. Sutphin Mgmt. Corp. v. REP 755 Real Estate, LLC, 73 A.D.3d 738, 900 N.Y.S.2d 428, 430 (2d Dept. 2010);

Successfully settled and obtained the discharge of a residential mortgage for less than half of the mortgagee’s demand based the bank having failed to follow proper procedure.

Bars in the State of New York