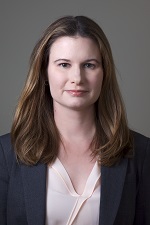 Jessica A. Murzyn has been a senior counsel at Rich, Intelisano & Katz, LLP since April 2013. Ms. Murzyn represents individual and institutional investors in securities arbitrations and litigation against financial firms.

Prior to joining Rich, Intelisano & Katz, LLP, Ms. Murzyn was an associate at Friedman Kaplan Seiler & Adelman LLP from October 2008 to March 2013. At Friedman Kaplan, she represented a variety of individual and corporate clients in securities, real estate and general commercial litigation and arbitrations. For example, she represented a high net worth client in a FINRA arbitration against the client’s investment advisor, which resulted in an amicable settlement, and she represented a real estate limited liability company in a JAMS arbitration that resulted in an arbitration award in the client’s favor. She also represented an individual both before, during, and after the trial of an SEC enforcement action in the United States District Court for the District of New Jersey in a case involving allegations of insider trading and reporting violations. She also has represented numerous corporate clients in government investigations, bankruptcy actions, and litigations involving securities, RICO, contract, and insurance claims.

Ms. Murzyn began her legal career in 1999 with Simpson Thacher & Bartlett LLP, where she represented corporations and financial firms in securities, insurance, RICO and general commercial litigation and government investigations.